Joyce Kuntze, owner of Arrangements by Joyce, poses for a portrait in her shop on South Sprigg Street on Wednesday in Cape Girardeau.

Joyce Kuntze thought she would spend her career as a teacher, but life had other plans for her.

Next month, she plans to retire after spending most of her life in the floral industry, including almost 41 years as owner of Arrangements by Joyce.

No doubt she has long forgotten how many anniversary and birthday arrangements she’s prepared over the years, not to mention bridal bouquets, prom corsages and boutonnières, floral centerpieces, funeral sprays, alter arrangements and all sorts of other floral designs for every occasion.

I, like many others, bought flowers from Joyce over the years, so when I heard she planned to hang up her pruning shears, I called her to find out more.

Joyce told me her career in the floral business actually goes back to the 1960s. 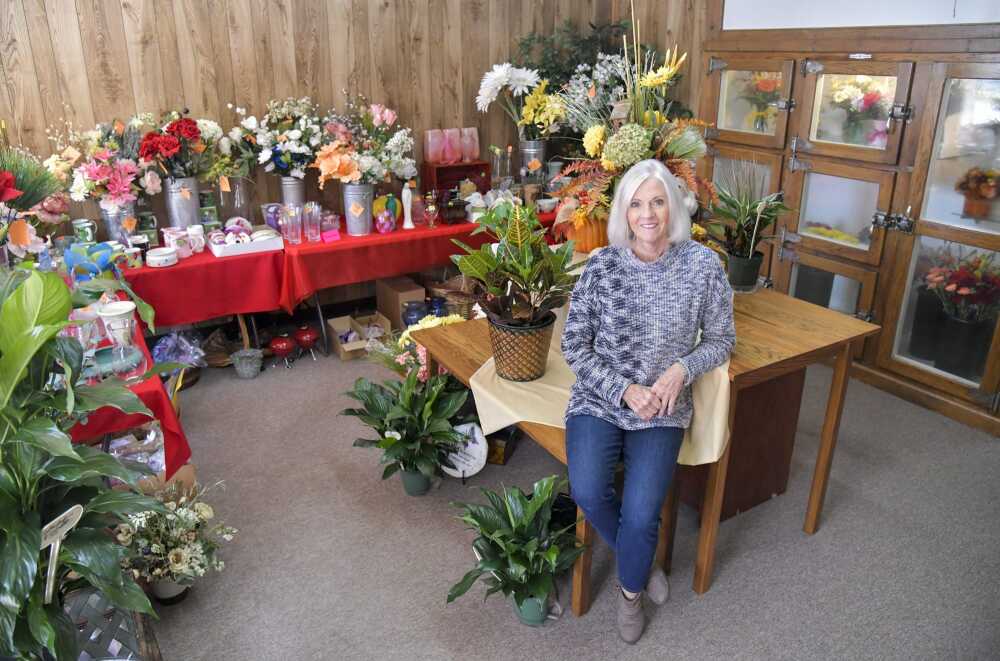 Joyce Kuntze, owner of Arrangements by Joyce, who is retiring in a few weeks after 41 years in business, sits in her shop on South Sprigg Street on Wednesday in Cape Girardeau.

As a high school student, she worked for Hillermann’s Nursery and Florist in Washington, Missouri. After high school, she enrolled at Southeast Missouri State College, as it was known then, to pursue a teaching degree.

As a college student, Joyce worked for Peggy Biler, who owned Hearts and Flowers in Chaffee, Missouri, but at the time, she still thought of herself as a teacher in training, not as a budding florist.

“I taught school for five years in Warrenton, Missouri, before moving back to Cape Girardeau in 1979,” she said. “I thought a part-time job in a flower shop would be ideal as my daughter was just a couple years old.”

She went to work at Carver’s floral, and on Feb. 1, 1980, she bought the business form Margaret Edmundson.

“I wanted my name and face to be associated with the business, so I gradually changed the name to Arrangements by Joyce,” she said. “Initially, I thought I would do it (own a flower shop) for just a few years, as my goal was to return to teaching.” 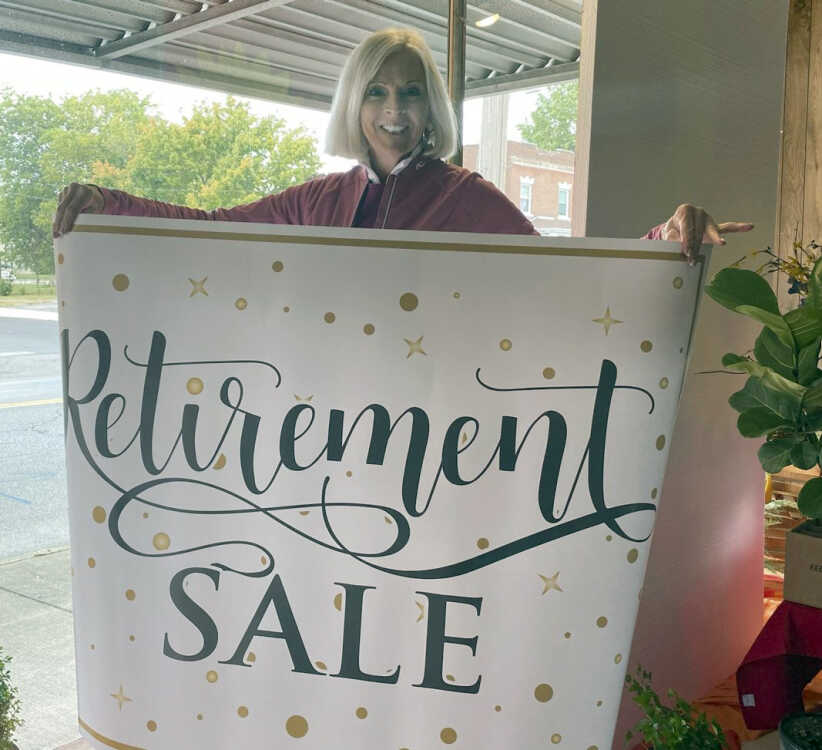 Joyce Kuntze holds a sign advertising her retirement sale before placing it in the store window.

But plans changed. The flower shop grew and so did Joyce’s daughter.

“My fond memories of the early years will always be my little girl playing under my design table while I worked,” she said.

“Membership in a ‘wire service’ was critical for transmitting orders across the county and they would publish directories of all their member shops and phone numbers,” Joyce recalled. “FTD (Florists’ Transworld Delivery) was a dominating force as it was member-owned and offered extensive training and testing for florists.”

Join the B Magazine newsletter

The weekly newsletter focused on the business of Southeast Missouri.

Through that organization, Joyce became an FTD Master Designer and participated regularly in design competitions on district and regional levels.

“Then, for several years in the late 1990s, I worked as a guest designer for wholesale holiday open houses throughout the Midwest,” she said. “It was before the internet, so floral wholesalers would have seasonal open houses for their customers, and as a guest designer, it was my job to put together arrangements showcasing the products they wanted to sell.”

I asked whether she had a specific date in mind for her retirement, but Joyce would just say it will be “closer to Christmas.” In the meantime, the store is still open at 100 S. Sprigg St., just south of the old Cape Girardeau Police Department headquarters, and an inventory and fixtures sale is underway.

“Forty-one years has gone by incredibly fast,” she said. I’ve been richly blessed with loyal, faithful customers and good employees, and God certainly blessed me with good health.”

Joyce says she has no immediate retirement plans aside from visiting family more often.

“My friends think I’ll be bored in two weeks and will be looking for a job,” she said with a laugh.

What’s happening in front of Schnucks?

If you’ve driven on Kingshighway in front of Schnucks the past week or so (and who hasn’t?), you may have noticed something happening on the east side of the store’s parking lot.

There, on the edge of the parking area closest to Kingshighway are three objects that resemble fuel pumps and, in a way, they are. They are electric vehicle (EV) charging stations, part of an Ameren Missouri project to install charging stations for battery-powered vehicles throughout the state.

Owners of electric vehicles will soon be able to “fill” their batteries much the same way the rest of us fill our gas tanks at traditional fuel pumps. Two of the three charging stations will offer “quick charges,” capable of fully charging vehicle batteries in 15 minutes. The third “pump” will operate at a slower charge rate, taking up to four hours for a full charge.

Ameren will host a ribbon-cutting for the new EV charging stations next week.

Why should this be of interest to Southeast Missourian readers? Because CBL, based in Chattanooga, Tennessee, provides management services for Cape Girardeau’s West Park Mall.

The bankruptcy, however, will not affect the Cape Girardeau shopping center.

“CBL manages West Park Mall but does not own it. There will be no impact on the operations at West Park Mall,” CBL’s senior director of public relations and corporate communications Stacey Keating told me late last week. “All CBL properties will continue to operate as normal and customers can expect business as usual throughout this process.”

She said the bankruptcy process will “facilitate our financial restructuring, allowing CBL to emerge in a stronger financial position to continue to serve our communities for years to come.”

It’s been a month since I reported Perry County Memorial Hospital CEO Patrick Carron had been placed on administrative leave due to what the Perryville hospital described as “a personnel matter.”

PCMH vice president of operations Christopher Wibbenmeyer has filled in as acting and interim CEO in Carron’s absence.

In my original reporting, hospital board president Keith Moeckel said the board hoped to “have the situation resolved” a few weeks ago.

“At this time, there have not been any changes in regard to leadership, nor are there any updates from our board of directors regarding this situation,” she said.

Do you crave business news? Check out B Magazine, and the B Magazine email newsletter. Check it out at www.semissourian.com/newsletters to find out more.