China’s consulate demanded the immediate return of Huawei Technologies executive Meng Wanzhou after “threatening letters” containing bullets were delivered to the home where she has been living in Vancouver under partial house arrest, the head of the private security team guarding her said in court on Wednesday.

Douglas Maynard, president of Lions Gate Risk Management, told the Supreme Court of British Columbia that the firm was informed of the consulate’s demands by Canada’s foreign ministry. He did not say when the alleged threats were made.

Maynard was testifying at a bail hearing in which Meng is seeking the removal of the guards, who are tasked with preventing her escaping custody when she is outside the home. This represents an adjustment of the conditions of her C$10 million (US$7.8 million) bail while she fights extradition to the United States on fraud charges.

Get the latest insights and analysis from our Global Impact newsletter on the big stories originating in China.

Sometimes there were bullets inside the envelopes, so we wanted to secure that evidence as best we could

Five or six of the threatening letters were sent to Meng by mail, and delivered by Canada Post. They were “easily identified by markings on the envelopes”, Maynard told Mr Justice William Ehrcke.

“Sometimes there were bullets inside the envelopes, so we wanted to secure that evidence as best we could,” said Maynard, adding that Vancouver police were in charge of investigating the threats.

The letters had required “translation” and appeared to be coming from the same individual or individuals, Maynard said, without specifying whether they were written in Chinese.

“When the threats were being investigated, there was an immediate demand made through (Global Affairs Canada) to have Ms Meng returned to China, because of those threats,” said Maynard. He clarified that the demand was made by China’s consulate, and Lions Gate was informed of it by Global Affairs Canada, via Vancouver police.

Under the current terms of Meng’s bail, which was granted by Ehrcke 10 days after her December 1, 2018, arrest at Vancouver’s airport, she is free to roam most of the city. 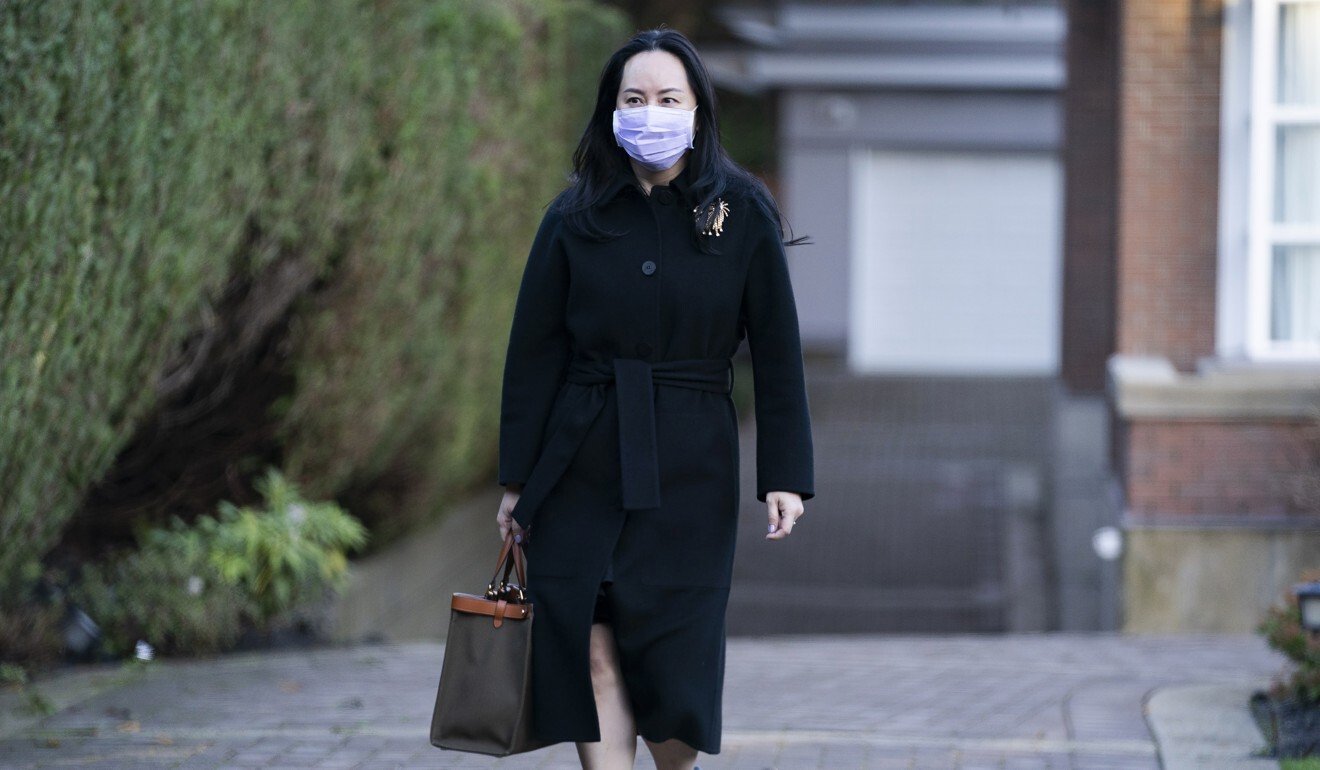 But she must abide by an 11pm-to-6am curfew at her C$13.6 million (US$10.7 million) mansion in the exclusive neighbourhood of Shaughnessy. She is guarded by Lions Gate staff both inside and outside the home, and she must wear a GPS tracker.

Meng’s lawyers say the condition that guards must accompany Meng outside the home should be lifted, citing the risk that they might give her Covid-19.

Lions Gate staff are acting on behalf of the court to prevent Meng fleeing, but she is also paying their bills, costing her more than C$2 million (US$1.6 million) a year, the court heard.

Maynard said that lifting the requirement would be a mistake. “My recommendation would be not to remove the human resources … the human element is the glue (that) provides a spontaneous risk assessment,” said the former superintendent with the Royal Canadian Mounted Police.

“In the absence of that, that creates an inordinate amount of opportunities for people either intent on harming Ms Meng, or removing her … we know we’ve been surveilled at times (and) we’ve been able to report that.”

But Meng’s lawyer, William Smart, suggested that Maynard might have an unconscious bias, because Lions Gate was being paid to provide her security.

“The loss of revenue would be somewhere close to C$170,000 (US$134,000) a month,” if the out-of-home guards were removed, said Smart, and Maynard agreed that this was approximately correct. This was regardless of whether Lions Gate continued to guard Meng at her home, and maintain its other security measures. 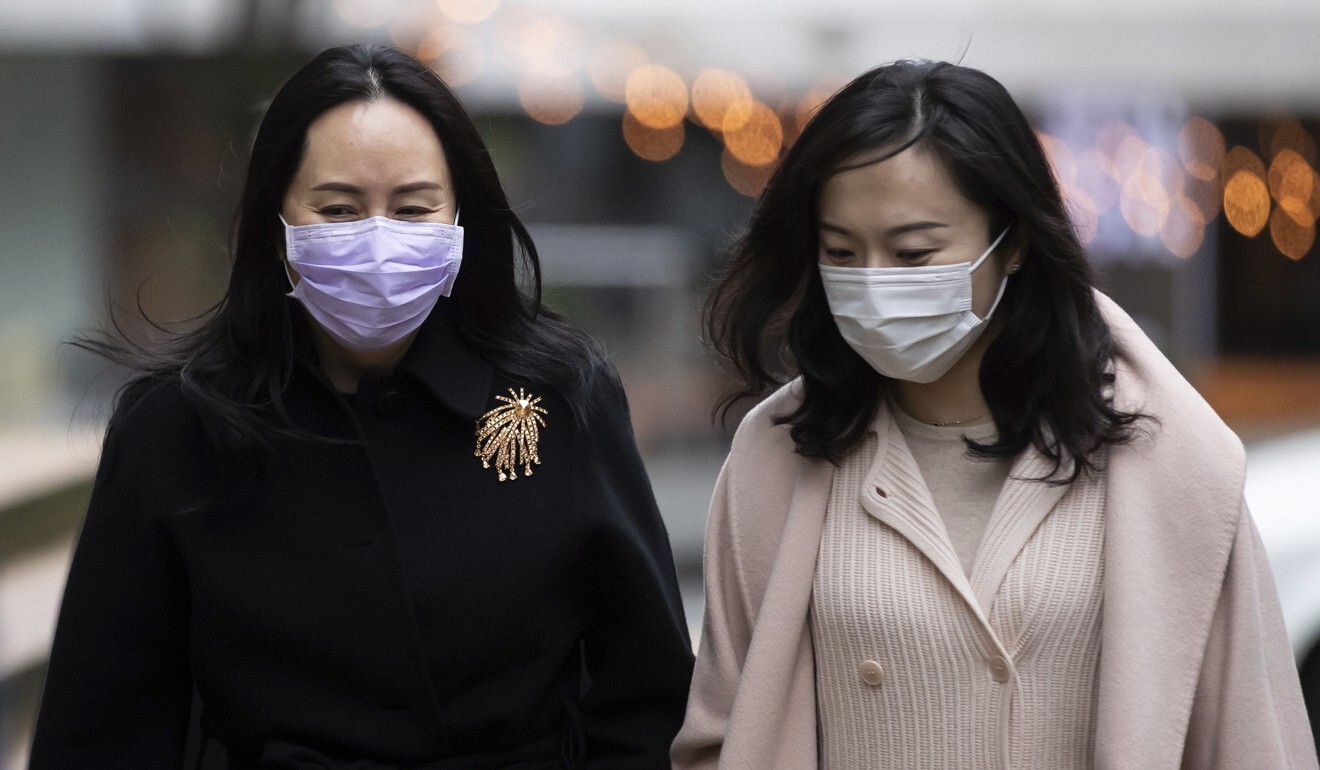 Smart contended that there had not been threats to Meng outside the residence, and she had never tried to evade Lions Gate.

“There’s never been a hint of any plan by her to flee this jurisdiction,” said Smart. “Not that I’m aware,” Maynard responded.

Maynard agreed with Smart that Meng and Lions Gate sometimes disagreed over what was needed to guard her. There was tension between her representatives and Lions Gate over some measures, including the opening of her mail without her consent, Maynard said.

In his questioning, Smart appeared to reveal that Lions Gate had been separately retained by Meng to protect her, beyond the court-ordered requirements of her bail conditions.

“In July of 2020 the request to provide protection for her was terminated, it ended, correct?” said Smart. “So where you’re at now is your responsibility to ensure she fulfils the conditions of bail.”

US deal for Meng Wanzhou could be a trap, says extradition expert

Smart also challenged Maynard about a Boeing 777 that was chartered to take Meng home to China last May, in the mistaken belief that she was about to be released. On Tuesday, Maynard said it had been chartered by the Chinese government, but on Wednesday Smart said it was chartered by a subsidiary of Huawei.

In a closing statement, another of Meng’s lawyers, Mona Duckett, said the trust that Ehrcke placed in her client at the original 2018 bail hearing had been well deserved.

To suggest Meng would make herself a fugitive by fleeing “is not a realistic risk”, said Duckett.

As for the risk of “extraction” by a third party, this was “nothing more than theoretical. It is entirely speculative…and not to be guarded against by this court’s order.”

There was laughter in the court when Duckett referred to the proceedings as having already lasted 25 years. “It may seem like 25 years, but it’s 25 months,” said Ehrcke.

Canadian government lawyer John Gibb-Carsley, acting on behalf of US interests in the case, also referred in closing to Ehrcke’s 2018 ruling, saying that Meng “then, as she does now”, posed a serious risk of flight.

She had “immense” resources and wealth at her disposal, and was facing decades in jail if convicted in the US.

He cited the refusal by Lions Gate’s CEO Scott Filer to continue acting as a bail surety for Meng if the conditions of her freedom were changed. In 2018, the word of Filer “carried great weight” in the granting of bail, said Gibb-Carsley. “In this application, my lord should put equal weight on the risk assessment by Doug Maynard…the risk is too great”.

Ehrcke said he planned to deliver his bail ruling on January 29, and adjourned the hearing.

The extradition hearings are due to resume on March 1 before Associate Chief Justice Heather Holmes, continuing until May 14. But appeals could extend the process for years.

The United States wants Meng to face trial in New York on charges she defrauded HSBC by lying to the bank about Huawei’s business dealings in Iran, thus putting the bank at risk of breaking US sanctions on the Middle Eastern country.

Meng denies the allegations, and argues that the case is politically motivated.