I had intended to write about the Electoral College this week, but sometimes other stuff gets in the way. We can cover that in another article. Today, I want to tell you about my friend Cloyd Clark, whom we recently lost. He was a District Judge, a founder of the Buffalo Commons Storytelling Festival, a friend to all, and Im pretty sure I have seen his likeness on Mount Rushmore.

Chapter One: I dont recall where I first met Cloyd, but when we first purchased our little house on West Second Street, he attended our house warming party. He immediately sat down on the sofa next to my soon to become father-in-law and they became fast friends. They sat and swapped stories all night, and years later, my father-in-law was invited to tell stories at a First Tuesday event. They stayed in touch.

Chapter Two: When I married my wife, we did so in an odd environment. People have been married in balloons, in the ocean, or skydiving. My wife and I were married at the McCook Humane Society. Cloyd performed the ceremony. There were dogs barking and fecal smells, but he wouldnt take a nickel for his services. In fact, he brought us a loaf of home-baked bread. What an elemental kindness? Its the nicest gift I have ever received. 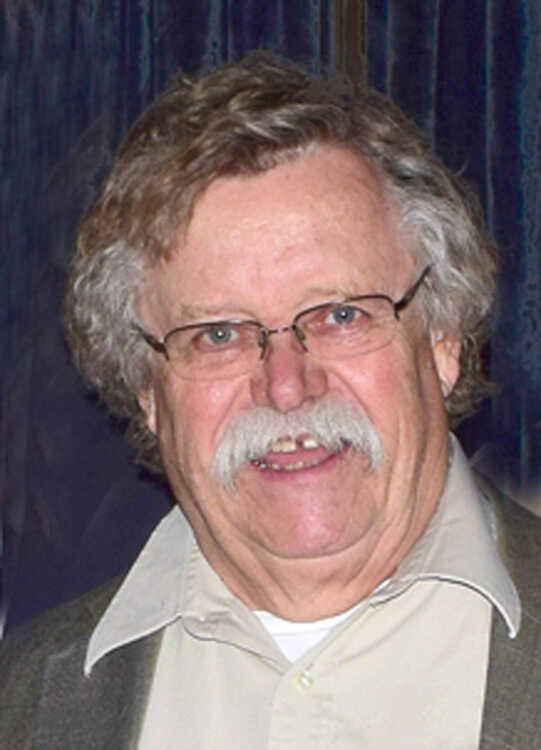 Chapter Three: So then our local hospital filed a civil suit against me in his court. It was a stupid little thing that, if I had been smarter, I could have worked out with my insurance company with a phone call, but I didnt know how to work the system. Cloyd ruled against me, and I had to pay a few hundred bucks, but he did it with good humor and never stopped being a friend. He was a gentleman.

Chapter Four: While I was serving as a Den mother with the Cub Scouts, I once invited Cloyd to a meeting to talk about the judiciary system. He brought his gavel and passed it around and told the kids what it was like to be a Judge, but it didnt go entirely well. We had a few drop-off kids who were either amped up on Ritalin, or had other issues. They were bouncing off the walls of the church basement, but he gave a nice presentation in spite of the distractions. When I walked him out to the parking lot after his presentation, he said, Mike, I dont know how you do it.

Chapter Five: Heres the big one: Buffalo Commons. He was instrumental in this great gift to our community. I was never part of the core group, but I managed to hover around the fringes long enough to know what a fantastic team he put together. I dont want to list names for fear that I will omit someone, but his right hand was Mary Dueland, who I hope will pick up the flag and keep charging. I also have to mention Sharon Bohling who scares the pee out of my wife, but is one of the three people on the planet who correct my grammar. I need that.

Once when Cloyd came to my place to pick up some paperwork related to the festival, my 115 pound dog jumped up and put her paws on his shoulders. Thats not a typical behaviour of hers. I was deeply embarrassed that she had done so, but Cloyd took it in stride. Dogs are a good judge of character, and she liked the Judge.

Chapter Six: When I had my office on Norris Avenue, Cloyd would pop in every week or two, and we would just talk. I was only a block up the street from a regular haunt of his, Sehnerts Bakery. He would stroll past the receptionist, pull up a chair and park himself for about an hour. These were our best times. We would talk about business, politics, local and world events and all things imaginable. Cloyd was a name dropper. I only recognised about 20% of the names he mentioned, but I smiled and nodded for the rest. He once even advised me to go into the funeral home business. I have never had a taste for that line of work, but he very accurately predicted some changes that took place in that business.

My experience with Cloyd was by no means unique. I was only one of hundreds (if not thousands) with whom he had similar relationships. Cloyd was a genuine mensch and a friend to all.

His real swan song was the Buffalo Commons Storytelling Festival. Even though they bring folks in from out of town to tell stories, it reminds us to tell our stories. Thats something that we need to do. We all die. Were all worm food. Its the memories and legacies that matter. Its really all we have. Its as essential as a loaf of homemade bread.

These are my memories of Cloyd. Im a big Teddy Roosevelt fan, but Ill never be able to look up to Mount Rushmore without seeing that gap-toothed smile and thinking about Cloyd Clark.