Both Seattle-based companies exceeded analyst expectations last week for their fiscal third quarter earnings. They are riding a trend of increased home ownership driven in part by record-low mortgage rates. The housing market has also bounced back after stalling when COVID-19 hit the U.S. in March.

The shift to remote work is also giving people more flexibility for where they live, in what Zillow CEO Rich Barton calls “The Great Reshuffling.”

That all adds up to more business and traffic for companies such as Zillow and Redfin.

It’s all quite the rebound from earlier this year, when Redfin laid off 7% of its staff and furloughed hundreds of agents. Zillow in March said it would freeze hiring and cut its marketing spending.

Redfin has brought back most of the furloughed employees back and hired more than 400 new employees last quarter. Zillow said it began to increase its hiring and advertising activities last quarter and expects that to continue in the fourth quarter.

Zillow’s stock price has quadrupled since March and its market capitalization has spiked to nearly $25 billion. Shares of Redfin have followed a similar surge; the company is valued at more than $4 billion.

In a letter to shareholders, Barton said two tailwinds are driving Zillow’s growth: an increased desire and ability to move, and more people using tech to find and buy their home. They will not be temporary, he said, citing generational shifts.

“We believe these tailwinds are durable, supported by low interest rates and demographic shifts, as Millennials age into their prime home buying years with Gen Zs lining up behind them,” Barton noted.

Technology is helping sustain and drive growth. Both companies are seeing increased usage of virtual tours and other digital tools amid the pandemic and stay-at-home orders.

“The concrete is setting on new digital habits for life and work, and it is highly unlikely that we go back to the old analog ways,” Barton said. “We see the same technology acceleration in our residential real estate industry and Zillow as the digital leader is benefiting.”

Analysts are keeping a close eye on Zillow Offers and RedfinNow, the “iBuyer” platforms launched recently by each company that let homeowners quickly sell and buy their house online. Redfin and Zillow paused their programs as the pandemic hit, causing revenue to dip significantly compared to last year, but have restarted them in recent months.

Zillow’s “Homes” segment, which includes its Zillow Offers home-buying and selling arm, brought in $187.1 million in revenue with a loss of $75.6 million before income taxes. Revenue was down 51% due to a pause on home-buying activities earlier this year.

The iBuyer market is getting more attention as Opendoor, a leading iBuyer company, prepares to become publicly traded via a special purpose acquisition company, or SPAC. Opendoor’s investor presentation shows $4.7 billion in revenue in 2019 with a loss of $218 million before interest, taxes, depreciation and amortization.

“Opendoor disclosures point to iBuying unit economics viability, which ZG is well positioned to capitalize on especially given its brand and scale advantage,” Mahaney wrote in a research report following Zillow’s earnings.

Zillow said it will launch an in-house brokerage service for Zillow Offers early next year to help reduce selling costs. Zillow Offers is live in 25 markets. 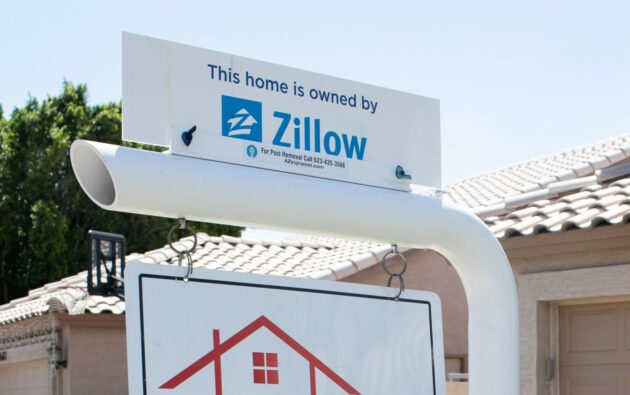 RedfinNow, meanwhile, expanded to its 15th market in October. Redfin CFO Chris Nielsen said the company didn’t have enough volume this year to cover its fixed costs in the RedfinNow business. But it expects to add more inventory and staff for RedfinNow as buying and selling resumes.

Mahaney noted that the outlook for RedfinNow “remains murky” as it remains to be seen how the business performs next year.

Earlier this year, Kelman said Redfin was “running naked through the jungle with a Bowie knife clenched between our teeth,” describing the roller-coaster the company was riding as the real estate industry fluctuated.

On the earnings call last week, Kelman was back with more extraordinary analogies. He said the real estate market reminds him of “the exploding blood and the flame thrower” from the 1982 movie The Thing. But he believes the housing market should stay strong heading into 2021. Keeping pace with demand “is Redfin’s number one challenge,” Kelman said.

“Even when the market cools, the capacity we are building now will be put to good use,” he added. “Our bets on the future aren’t based on a boom, but our competitive advantages more than a decade in the making.”

Redfin is facing allegations of discriminatory pricing practices and “redlining” in a lawsuit filed by the National Fair Housing Alliance (NFHA) and other fair housing organizations. The NFHA, which filed its lawsuit last month, said that after a two-year investigation it determined that Redfin’s minimum home price policy discriminates against sellers and buyers of homes in communities of color in many metropolitan areas.

Kelman did not address the lawsuit on the call. He did note the company’s initiatives to diversify its workforce via hiring and promoting. Redfin increased the percentage of employees who are people of color from 31% to 32% last quarter. The company also added Endeavor exec Kerry Chandler to its board in August; the nine-member board now has two people of color, and three women.